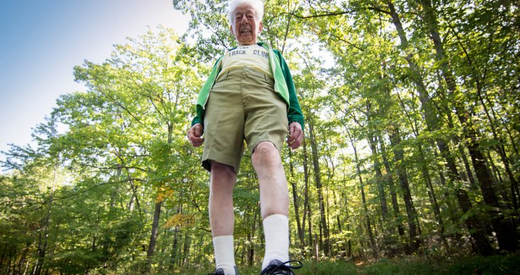 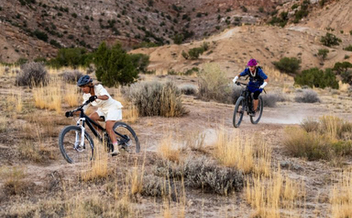 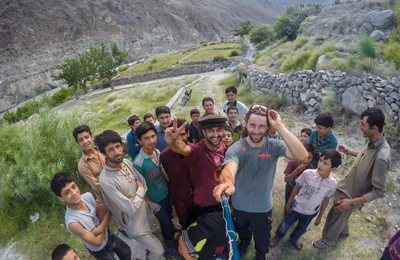 This is the best of the 2019 festival’s adventure films - including climbing, biking, skiing, water sports and running.

These resources are specifically tailored to the Signature Collab show, and are designed to equip you in promoting your 5Point Collab show.

Need something else?
Get in touch with us! 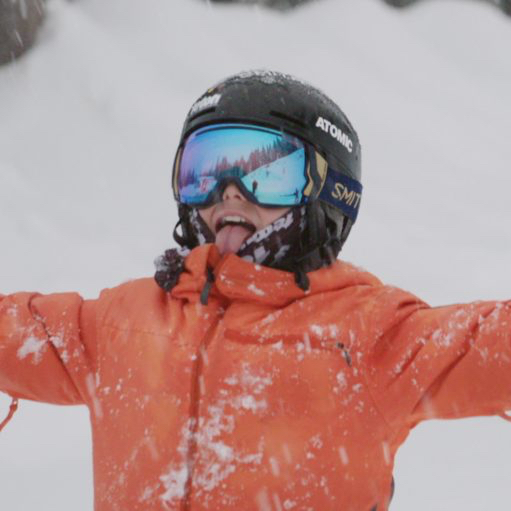 Far Out embodies the imagination as much as it does a physical space. It is the quest to seek out undiscovered realms and inspire new waves of creativity, enlightenment, and progression. It is the quest to be blown away. You won’t believe what this 11-year-old can do on skis at Jackson Hole.

Program Director notes: Kai is now 12-years-old and has already filmed his next segment for Teton Gravity Research’s (TGR) 2019-2020 annual feature film. We love this short for the pure and playful way Kai looks at the mountains – paired with his incredible ability for skiing huge lines – that most adults would never ski. We can’t wait to follow Kai Jones and see where his ski career takes him. 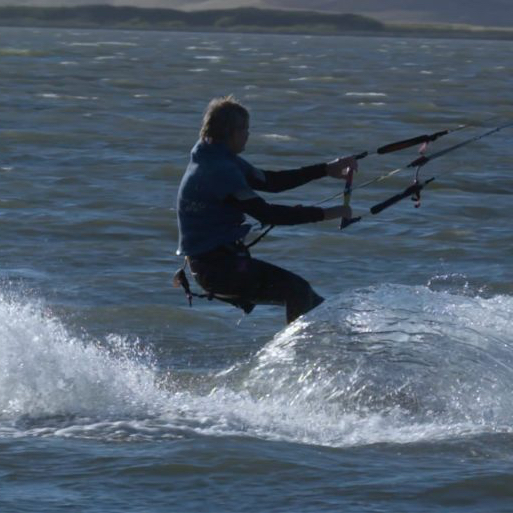 THE WOMAN WHO FOLLOWS THE WIND

Mikaya Heart was 52 when she first tried kitesurfing. She saw someone kitesurfing and said to herself, “I’m going to do that.” So she went out a bought a kite a never looked back. Kitesurfing has become an obsession for Heart, now 66, and has helped her to let go of many of her material possessions in order to travel wherever the wind takes her. But it is more than just a sport she loves. Kitesurfing also helped to heal the traumas of her past, and lead to the manifestation of a joy-filled life rather than one of anger.

Program Director notes: Not only does Mikaya reveal some very personal details about her past as a woman in this film, she also defies the norm by taking up kitesurfing at the age of 52-years-old. In the film, Mikaya says it best: “Sometimes people look at me and they just see a little old lady,” says Heart, now 65. “Then I go out there on the water and this is obviously not the way that little old ladies behave.” This is one of our favorite films of 2019 and proves – Adventure Belongs To All. 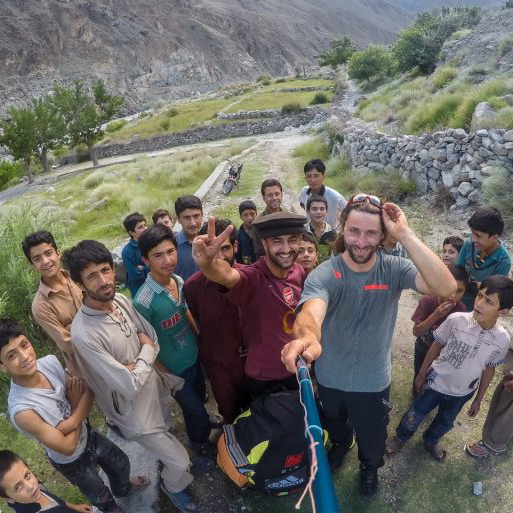 In July 2016, the paraglider Antoine Girard set off on a three-week tour to explore the Karakorum mountains in Pakistan—alone. From the town of Skardu, he headed for the highest peaks of the Karakorum mountain range. His hope is that the up winds will carry him and his chute to the summit—and possibly beyond. If he succeeds, he will set a new altitude record in paragliding, but the air is thin between the 8,000-meter peaks, and take-offs and landings are extremely tricky. Especially when you only have one person to rely on—yourself.

Program Director notes: 8000+ is a self-documented, self-propelled, pure adventure film. It makes us yearn for great adventure in our own lives, makes our hands sweat and also is a remarkable film because it’s 100% shot by Antonie himself via a GoPro as he flies upwards of 8000+ meters – which is over 26,246 feet in the air. 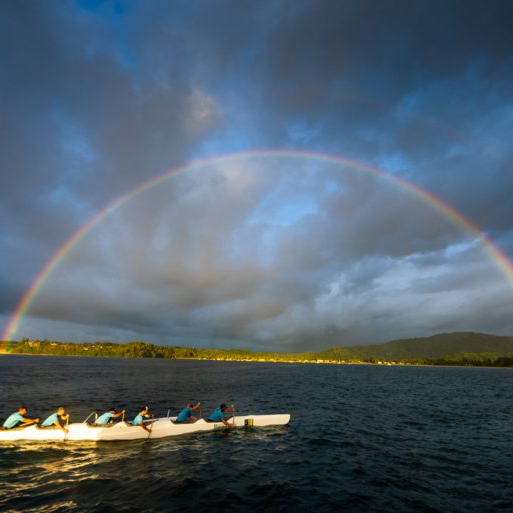 For thousands of years, outrigger canoes have diverse cultures and people around the world. (people) of water follows the story of Rob Prechtl, a member of the US Men’s Raft team, as they embark on a journey to learn the craft of outrigger paddling.

Program Director notes: Not only is (people) of water one of the most beautiful films we’ve ever seen, it’s also a story of humility – which is one of our 5Points. Rob, who is a very accomplished waterman, questions his true connection to water, which is endearing, and he takes us along his path to learning a new sport to find a deeper spiritual connection to water. We also love the coming together of two cultures – the US Rafting Team from Colorado and the Hawaiian outrigger community – to show that different cultures have more connection than we may think. This film proves that by stepping out of our comfort zones and cultural norms, we are all able to grow spiritually and physically. 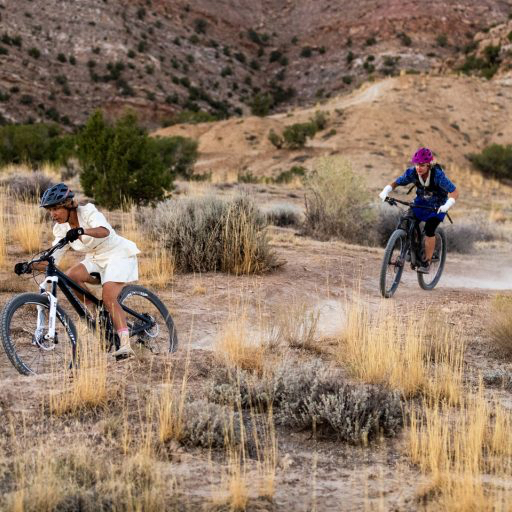 When Jen Zeuner and Anne Keller moved to the tiny, conservative high desert town of Fruita, Colorado almost twenty years ago, it was not on the map as far as mountain biking was concerned. Jen and Anne have left an incredible imprint on Fruita — at the outset they were on the fringe and a bit ostracized, they’re now at the very heart and soul of the community. Unlike Moab, Fruita isn’t just known for it’s riding – you go there to eat hot pie. Jen and Anne weren’t shy about using their lesbian innuendos to sell pizza, even from the beginning when Fruita wasn’t quite ready for it.

Program Director notes: We try not to pick favorites, but this film is just about the most perfect 5Point film we’ve ever screened and warms our heart everytime it plays. It’s light and poignant at the same time – while showcasing some serious female power on bikes and in business. Jen and Anne are now a part of the 5Point family and we have so much respect for the community they have created, the acceptance they have manifested, and just as the film says – “The pizza is really effing good.” Who doesn’t love bikes, pizza and powerful female figures to look up to? We do! 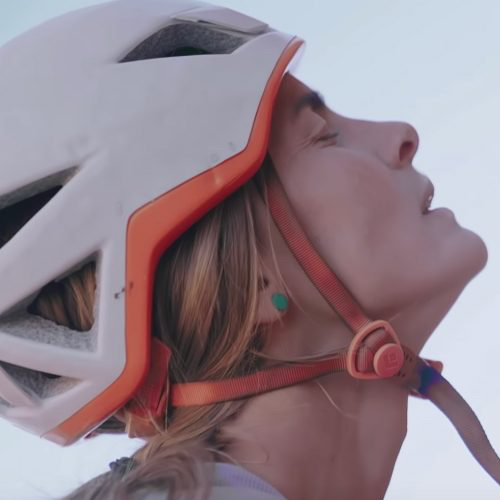 SPEAK TO ME SOFTLY

Experience fear and emotion alongside climber Jenny Abegg as she ascends a route while fighting the self-criticism and doubt from that little voice we all have in the back of our heads.

Program Director notes: The reason we love this film is because it’s entirely different from any climbing film we’ve ever seen. This film taps into that self-doubt we all feel at some point in our day or lives. And this film tells us it’s okay to have that internal discussion because climbing and life isn’t just always reaching the top on the first try – and setting a world record. This film opens up an important discussion and ends on a high note of positivity. 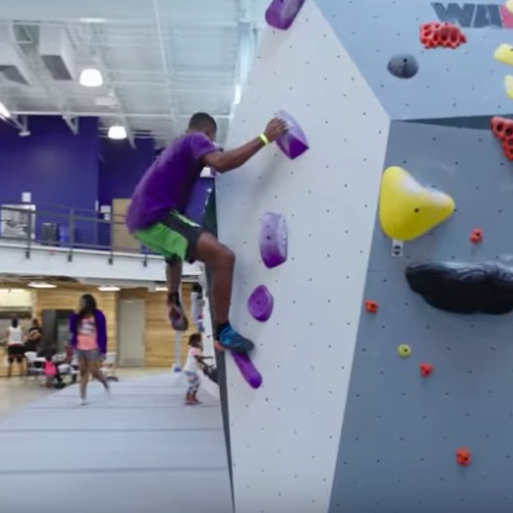 Memphis, TN has one of the highest homicide and rates of any place in the United States. A group of young African-American’s take fate into their own hands and create a positive and healthy rock climbing community called Memship Rox. Founded on the belief that everyone is welcome, Memphis Rox opened a climbing gym to be at the center of the city’s revitalization.

Program Director notes: We see many climbing films starring individuals who have made careers out of the sport, but Safe Haven gives us a new perspective on climbing and re-enforces that adventure truly does –  and should – belong to all. Commitment, one of our 5Points, shines through in this film as the owners of this climbing gym were told not to start it – but they go with their gut and begin a movement – proving that with commitment and passion, anything can be accomplished and be successful. 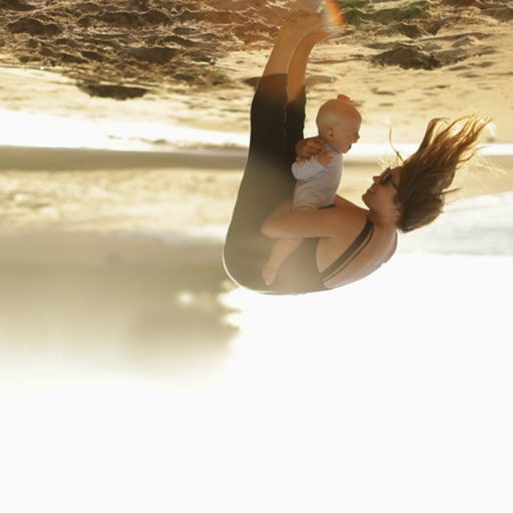 SAND IN THE SKY

Traveling with a baby is an interesting thing. They add all sorts of challenges to any trip. Long flights, strollers, nap schedules, and car seats all seem to pile up and complicate what is supposed to be a relaxing vacation. Sometimes, you may even find yourself wondering…is all this effort worth it for a baby who won’t even remember the trip? All these experiences and memories will eventually disappear, like a fading dream. So is it worth it?

Program Director notes: SAND IN THE SKY stars an incredibly cute baby but also opens up the child-like wonder in all of us. One of our favorite parts is the gift of adventure that his father – filmmaker Dana Saint – is instilling in his son and his son’s recognition of that, even at at very young age. 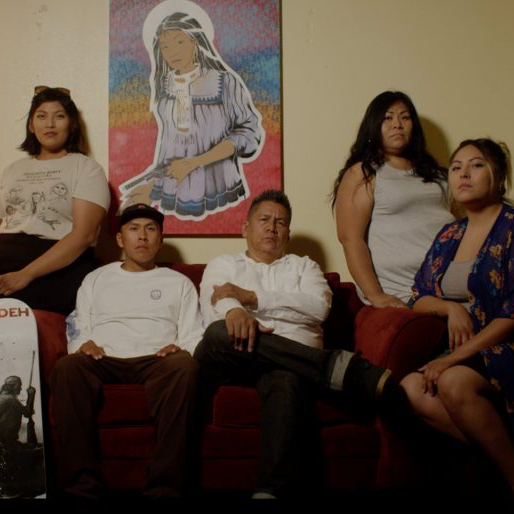 THE MYSTERY OF NOW

In the short film, The Mystery of Now, artist and Apache Skateboards founder, Douglas Miles shares socio-political context around the history that lead to life on the San Carlos Apache reservation, and the personal history of how and why he started a skateboard brand and a team of local youth leaders. His advice on cultivating resilience, creativity, and joy, provides guidance in a time that for many feels uncertain, polarizing, and divisive in our living rooms and around our dinner tables.

Program Director notes: The Mystery of Now is the most powerful, creatively shot and one of the most authentic and educational films on race – and the Native American’s current worldview – as told from the Apache tribe in San Carlos, AZ. Douglas Mile Sr. beautifully wrote this poetic and powerful documentary – and is a true leader, talented artist and loving father and grandfather. We are honored to learn from Douglas and his skate team – and Meredith McKee, our Program Director even hopped on skateboard after the film with Dior – the female skateboarder highlighted in the film. Maybe you’re audience will to! 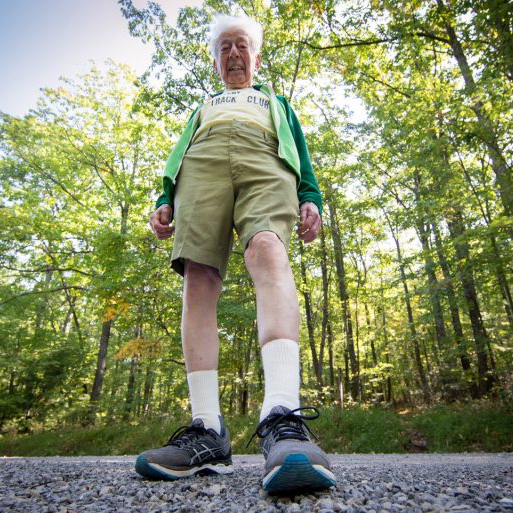 FOR THE LOVE OF MARY

The first time 97-year-old runner George Etzweiler completed the race up the northeast’s tallest peak, Mount Washington, he was 69 years old. Despite having a pacemaker, the State College, Pennsylvania resident continues to compete in the grueling 7.6-mile race up nearly 4,700 feet of paved road, breaking his own record each year for oldest finisher. In addition to his ancient, lucky, green running shorts, Etzweiler carries something else special with him: The memory of his late wife of 68 years, Mary.

Program Director notes: May we all be happy, positive and healthy at any age – especially at 97-years-old. George defies the natural aging process and is driven to run to honor his late wife, what could be sweeter. We end our program with a focus on purpose – one of our 5Points – that we hope you’ll take home with you long after the show ends.